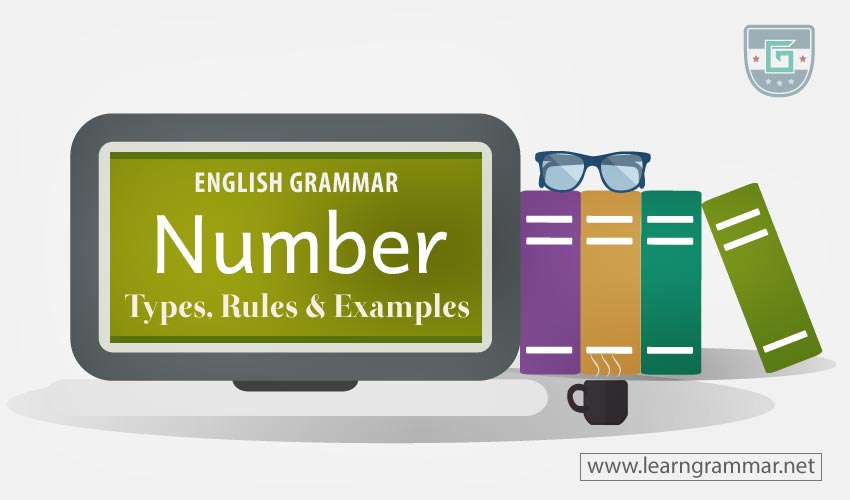 In grammar, the number refers to the count of a noun or pronoun.
Example:   Boy-boys, wife-wives, my-our, ox-oxen, it-they, etc.

It refers to the count of only one of a noun or pronoun.

It refers to the count of more than one of a noun or pronoun.

How to change number

Numerous RULES are there to change the number from singular to plural. They are as follows-

While  pronunciation of ch is like “k”, just “s” is added at the end

Part 1: “es” to be added if the noun is finished by “o” and a consonant places ahead.

Exception 1:  though there’s an “o” and a consonant ahead of  it, some nouns use only “s”.

Some require changing the middle-vowel of the word to make it plural.

Some  require en, ren and ne to add at last.

Part 1:  if “man” means human being in a compound noun(a  noun that contains two or more words that jointly make a single noun), “men”replaces that “man”.

Part 2: but when “man” is just a part of the word, or it  refers to any ethnic group, race or civilian, there comes “s”.

Part 1: If compound noun contains several words,  “s” comes to join  with the main part of that noun.

Part 2: in some cases,“s”comes in every part to make it so.

Besides, adding “s” only  in the end gets it done for few.

Some singular nouns have no plural form, only used in singular.

Adversely, some  are always used as a plural form.

Though some nouns seem like singular, but actually they are plural.

Similarly, some nouns seem like plural though they are singular.

Some have the same singular and plural form.

In case of letters, numbers and other symbols, it takes an apostrophe and s to change it.

There is no specific rule for changing the number of pronouns. It’s all about memorizing.