What is an Infinitive?

An infinitive is a verb retaining its basic or root form while being used as an adjective, an adverb, or a noun while being preceded by "to." There are certain verbs that require the infinitives to follow them so that they can express the complete sense of layered impression about the point being made. The complete verb structure, in that case, would be -

There are a good variety of infinitives used in sentences. Learning about them and the difference between them would help clarify where and when to use them correctly.

When the construction of infinitive is agitated by mostly adverbs, they are termed as split adjectives. The adjective slides in between the infinitive marker - “to” and the base form of verb concerned. 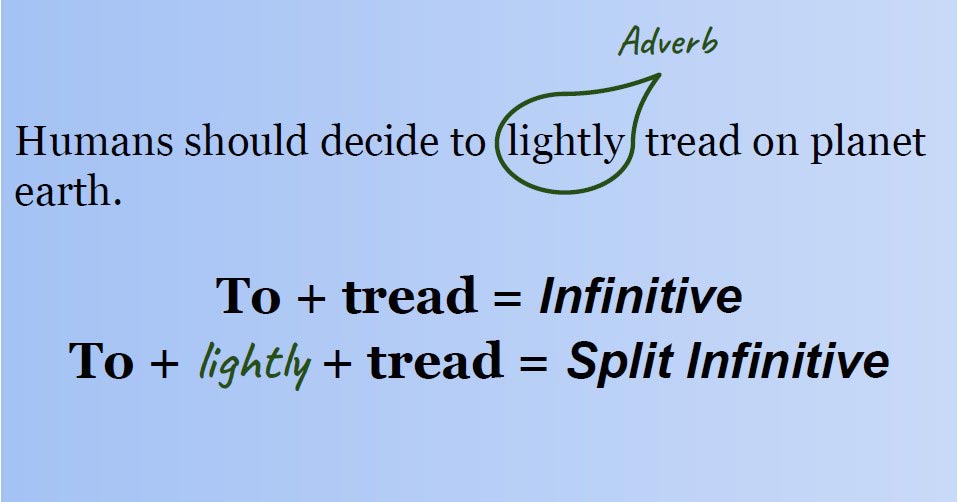 There are three tense-based infinitives that depend on the point in time when the action concerned has taken place and if it went on for a certain period of time when it did take place - Continuous, Perfect and Perfect Continuous Infinitives.

Remarks containing the continuous infinitive usually indicate an action that has been or will be going on for a certain period of time. In structure, this type follow the formula “to + be + present participle (base verb + -ing)”.

It refers to a point in time that is prior to the time the statement is being made. The regular present perfect tense structure followed by the infinitive marker - “to” is the normal formula of this type that looks like - “To + have + Past Participle.”

There are a few more types of infinitives that need to be taken into consideration when learning about them in detail.

The passive infinitives shift the focus of the sentence towards the object when the speaker decides to put a certain emphasis on it. Putting the active and passive infinitives side by side gives a clear view as to how it actually shifts focus from the subject in the active form to the object in the passive form. As for the grammatical structure, the “to + base verb” in the active form becomes “to + be + past participle” in terms of this type.

Infinitives followed by the WH question words usually precede base verbs in general and they are -  show, know, ask, decide, tell, explain, understand, forget etc. and that creates the WH-Infinitives.

WH question word - “Why” stands apart in this case because it is followed by bare infinitives which means the infinitive structure is retained but without the presence of the infinitive marker - ”to”.

Anaphora refers to the repetition of words or phrases in sentences. The Anaphoric “to” refers to the occasions where the infinitive marker - “to” needs to be repeated in the next part of the sentence for making a complete sense which is possible without having to repeat the verb as well.

Published By LearnGrammar.Net
Previous:
Independent Clause with Examples
Next:
What is Third Person in Grammar