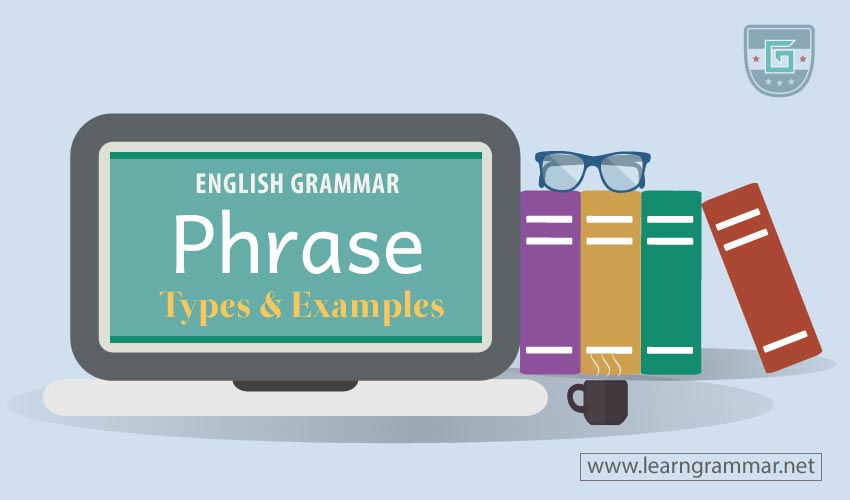 Phrases and clauses are the most important elements of English grammar. Phrase and clause cover everything a sentence has. Clauses are the center of sentences and phrases strengthen the sentences to become meaningful. If the clauses are the pillars of a building, the phrases are the bricks. A phrase usually is always present within a clause, but a phrase cannot have a clause in it.

A phrase, therefore, is a group of words which has no finite verb in it and acts to complete the sentence for making it meaningful.

“A phrase is a small group of words that form a meaningful unit within a clause.” -Oxford Dictionary

“In linguistic analysis, a phrase is a group of words (or possibly a single word) that functions as a constituent in the syntax of a sentence, a single unit within the grammatical hierarchy.” - Osborne, Timothy, Michael Putnam, and Thomas Gross (2011)

The phrases are generally of several types.

It is usually assembled centering a single noun and works as a subject, an object or a complement in the sentence.

It is comprised of an adjective and works as a single adjective in the sentence.

It modifies the verb or the adjective and works as an adverb in the sentence.

It always begins with a preposition and connects nouns.

Note: Prepositional phrases include all other types of phrases.

Interjections that have more than one word are called interjectional phrases.

The phrases containing Noun or Pronoun accompanied by a participle and necessary modifiers if any are stated as Absolute Phrases. They modify indefinite classes and are also called Nominative Phrases.

It is made of a participle, its modifier(s) and/or the objects that complete the sense of the sentence.

These contain a Gerund, its modifier(s) and the other necessary elements. They function as Nouns just like Gerunds themselves and that means they can be Subjects and Objects of the sentences.

These are comprised of infinitive verbs (To + base verb)along with their modifiers and/or complements.