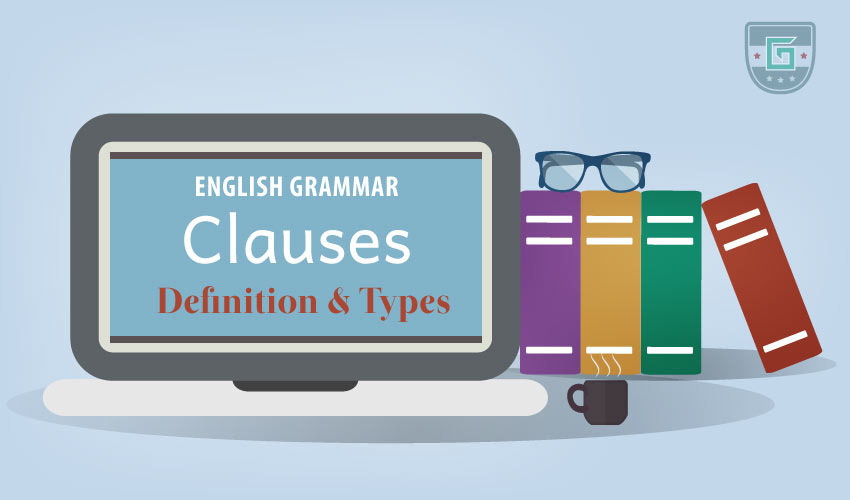 What is a Clause

A clause is comprised of a group of words that include a subject and a finite verb. It contains only one subject and one verb. The subject of a clause can be mentioned or hidden, but the verb must be apparent and distinguishable.

A clause is “a group of words containing a subject and predicate and functioning as a member of a complex or compound sentence. ” – Merriam-Webster

It functions on its own to make a meaningful sentence and looks much like a regular sentence.

In a sentence two independent clauses can be connected by the coordinators: and, but, so, or, nor, for*, yet*.

It cannot function on its own because it leaves an idea or thought unfinished. It is also called a subordinate clause. These help the independent clauses complete the sentence. Alone, it cannot form a complete sentence.

Dependent Clauses are divided into three types and they are –

It is a Dependent Clause that modifies a Noun. Basically, Adjective Clauses have similar qualities as Adjectives that are of modifying Nouns and hence the name, Adjective Clause. These are also called Relative Clauses and they usually sit right after the Nouns they modify.

Dependent Clauses acting as Nouns in sentences are called Noun Clauses or Nominal Clauses. These often start with “how,” “that,” other WH-words (What, Who, Where, When, Why, Which, Whose and Whom), if, whether etc.

By definition, these are Dependent Clauses acting as Adverbs. It means that these clauses have the power to modify Verbs, Adjectives and other Adverbs.

These have a Subject (Noun/Pronoun), Finite Verb and an Object and make full sentences that can stand alone or act as the main part of any Complex or Compound Sentence. Independent and Principal Clauses are functionally the same but named from different perspectives.

Two or more similarly important Independent Clauses joined by Coordinating Conjunctions (and, or, but etc.) in terms of Compound Sentences are called Coordinate Clauses.

They contain a Participle or an Infinitive Verb that makes the Subject and Verb evident even though hidden. In terms of a Participle, the Participial Phrase takes place of the Subject or Object of the sentence.