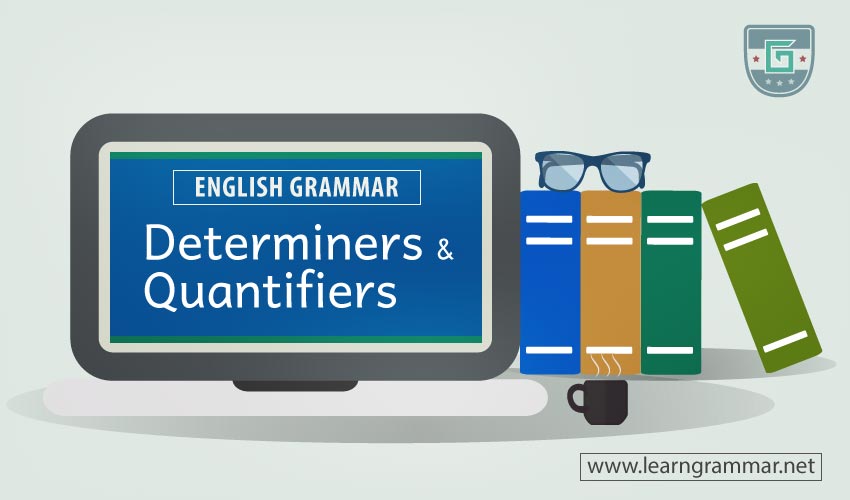 Determiners modify nouns by setting a limitation over the nouns to indicate how specific or general they are. A determiner usually appears at the beginning of the noun phrases and works as an adjective to modify the nouns. However, determiners are not necessary for every noun phrase.

a. The definite article: the

b. The indefinite articles: a, an

d. The demonstratives: this, that, these, those

e. Interrogatives: which, what

Quantifiers are also determiners which modify a noun to indicate its quantity. The quantifiers are any, all, many, much, most, some, a few, and a lot of, a little, a large amount of, none, and the cardinal numbers [one, two, three, four], etc.