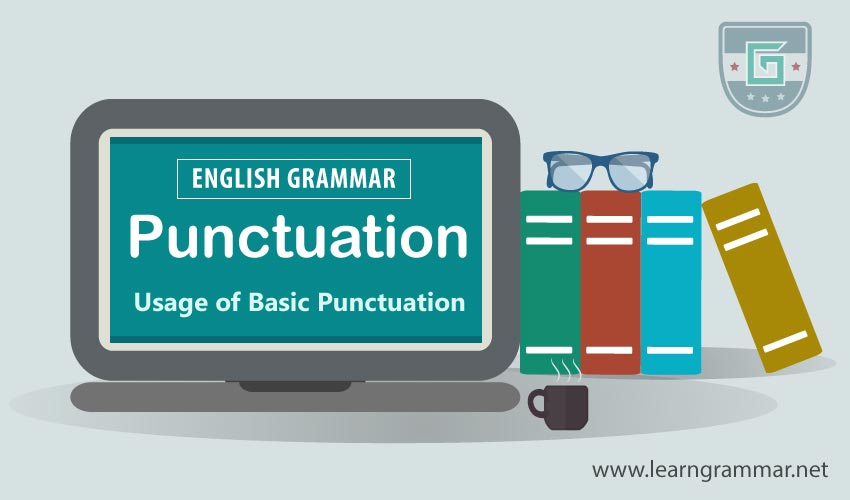 There was no punctuation in any languages of ancient times. With the advancement of civilization, punctuation was introduced in the written form of the language to help a reader distinguish words and ideas from each other and to mirror the natural rhythms of the spoken language. This article will cover proper usage of some of the basic punctuations. 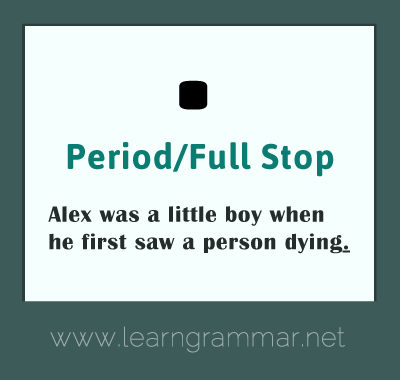 Alex was a little boy when he first saw a person dying. He was so shocked and panicked that he could not sleep for several days.  He still fears the sight of someone’s death.

The period is also used in abbreviations. 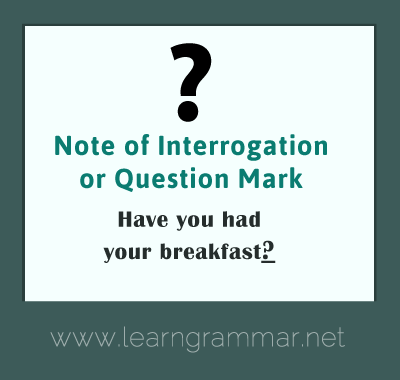 The note of interrogation is used to complete sentences that form a direct question. Indirect questions are regarded as statements, and they take periods, not question marks.

Do you know he was watching TV all day long while I was cleaning the house for the party that we want to throw on this weekend?  (It’s a long sentence, yet it is a direct question.)

Did you once think about your family? Your career? Your future? Your life? (Series of questions using the same subject and verb)

What? – So? – Right? (Single word questions are used only in informal writing.) 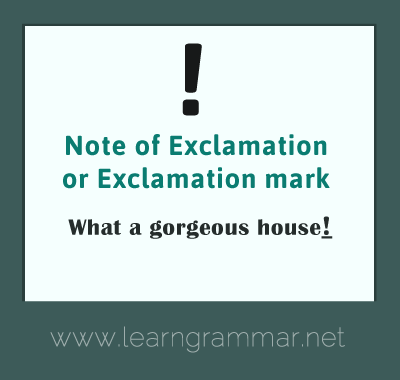 The note of exclamation indicates excitement, either positive or negative. It can also be used for giving additional emphasis to sentences, phrases, or single words, and especially to commands and interjections.

Note: It is best to avoid using a note of exclamation whenever the excitement can be described in words. You should be meticulous in using this punctuation in any form of writing. 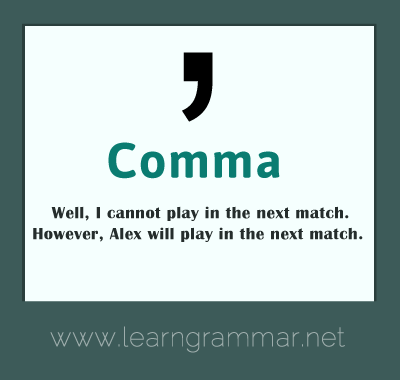 The comma is the most useful and common punctuation mark in English. It has many important roles in making a written form of English easy to read.

Commas usually add breathing scope for the readers in sentences, so that their thoughts cannot get all jumbled up. A comma has many uses.

i. Comma between Independent Clauses

Usually, a comma separates two independent clauses when they are connected by certain coordinating conjunctions (and, but, or, nor, or for). However, if the clauses are very short, no comma is needed.

Commas are used not only between independent clauses but also after introductory clauses and phrases. Some expressions and connectors which are placed at the beginning of a sentence also require a comma after them.

Note: A good way to clear the confusion about commas is to read the sentence aloud to make sure whether there is enough pause taken or not for using a comma.

Commas are used to separate multiple items of the same category in a series. These items can be a series of words, phrases, or clauses.

Commas are used before a tag question which is usually a reassuring statement of a sentence’s overall idea.

Commas are used in vocative uses. Calling someone by name or directly referring to them requires separation by commas.

Commas can be used to add nonessential ideas or facts in the form of words, phrases, or clauses into a sentence. Usually removing these ideas from sentences does not affect the grammatical accuracy of the sentences.

vii. Commas in Names and Dates

Commas are used to separate names of places and dates.

1. Commas do not separate two verbs or verb phrases joined by a coordinator.

Incorrect: I cleaned, and painted the box.

Correct: I cleaned and painted the box.

2. Commas do not separate two nouns, noun phrases, or noun clauses which are joined by a conjunction.

Incorrect: My coach, and our board president both sent letters.

Correct: My coach and our board president both sent letters.

3. Subordinate clauses do not need commas when they are joined by a conjunction between them.

Incorrect: I’ll be late if you don’t let me go now.

Colons are the least used punctuation mark. The usage of colons is limited. Yet, if you know how to use them, you will be able to use them in your writing.

i. Colons are used in the salutations of formal letters.

ii. Colons sometimes introduce a series/list to describe some new information after a complete sentence.

Incorrect: The fruit seller had: bananas, apples, and oranges.

Correct: The fruit seller had three kinds of fruit: bananas, apples, and oranges.

iii. A colon is also used to connect two independent clauses where the first one explains the second clause or logically follows it. The first word after a colon usually is not capitalized unless the colon introduces a series of new sentences or independent clauses.

iv. Colons are used for expressing TIME in figures. 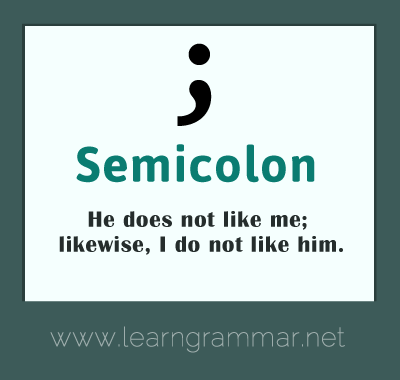 Example:  We do not need a car now; we want to sell it. (This semicolon could be replaced by ‘and’.

Common transitional expressions such as therefore, for instance, namely, indeed, additionally, further, moreover, likewise, and finally are used after a semicolon to start a new clause.

Read More: Correct Use of Semicolons 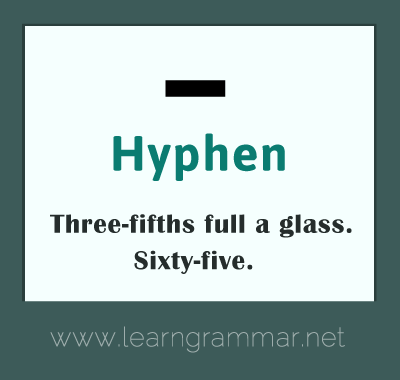 Hyphens combine words together to make Compound Nouns/Adjectives. Hyphens are also used with some suffixes and prefixes, such as -like, -wise, anti-, and post- to make new adjectives.

A dash hints a brief break in thought or helps to add information to a sentence. A dash has no space before or after it.

A dash can replace the conjunctions such as namely, that is, or in other words to add new information or explanation.

An apostrophe indicates possession and the exclusion of letters in contractions.

Quotation marks are used for enclosing direct quotations of written or spoken words of others, or dialog said by characters in fiction.

Parentheses block off materials that interrupt the text to add information.

Brackets are also required to block off materials that fall within materials which are already enclosed by parentheses.