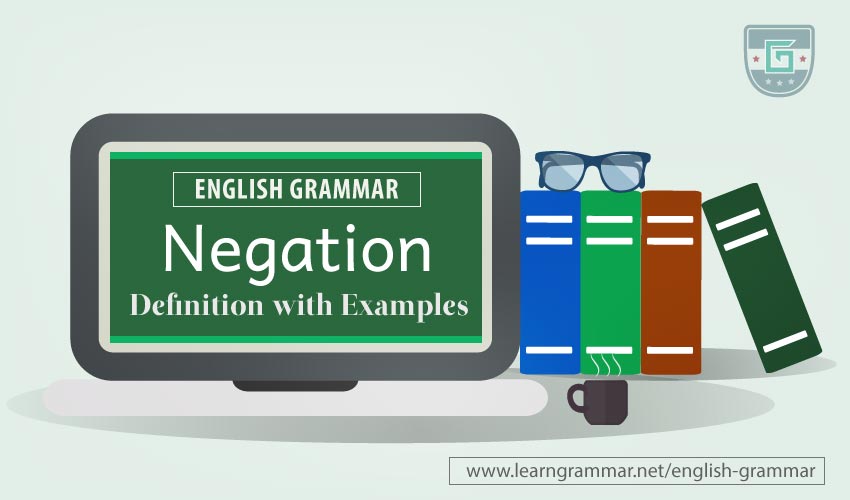 Negation, as maintained by the likes of Merriam Webster refers to

“the action or logical operation of negating or making negative”.

In simpler terms, negation defines the polar opposition of affirmative, denies the existence or vaguely – a refutation. This is also known as “Not”. Classical logic resembles negation with truth function which takes truth to falsity and is perfectly capable of running the opposite operation. It denies the truth of a sentence. It’s just the conversion of the affirmative sentence which converts the simple affirmative sentence into negative.

By changing the auxiliary verb of the sentence into negative, we can apply Negation in a sentence.

Some words such as ever, anybody, anyone, anything, anywhere, instead of never, nobody, no one, nothing, nowhere, etc. represent the Negation.

Double negative on the other hand, simply defines the existence of two forms of negation in the same sentence. Please, notice that a double negative can often result in an affirmation in the English language (e.g., He hardly stops for small-talks). The rhetorical term for such a phenomenon is ‘litotes’.

Double Negative can be used in two ways. They are:

such as never, nobody, anyone, nothing, nowhere, etc

In modern English, Double Negatives are highly avoidable as it is grammatically wrong. We know we cannot use more than one negative word in a statement. It usually used in informal conversation or speech and in songs’ lyrics as well. To form a correct sentence, we must avoid using a double negative in a single sentence formally.

Published By LearnGrammar.Net
Previous:
Do-insertion or Do-support
Next:
Inversion: Definition with Examples